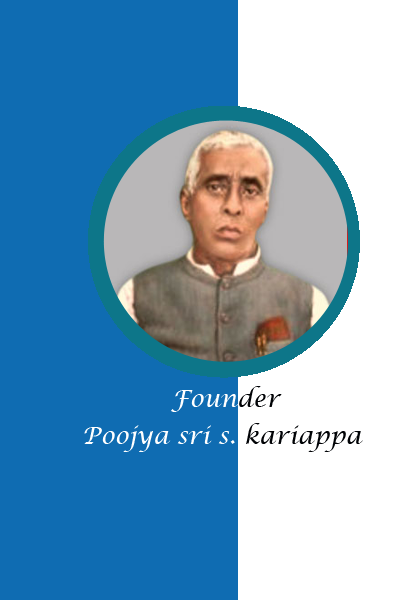 Brief History of the College

The Rural College was started in June 1955 by poojya Sri.S .Kariappa.The college stood up for higher education vying with colleges that were few and far between in those days. The early days of the college were adventure some with primitive facilities. Gradually The College became a beacon of enlightenment and boys and girls from every corner of the taluk as well as neighboring taluks streamed in quest of learning.

It was only a science college in the beginning. Students of this taluk had to go to Bangalore or Mysore for passing B.Sc degree. The Founder President Poojya Sri S. Kariappa identified this need and started the institution as a science college. But gradually the demand of the local population for Arts and commerce courses increased. In 1965 Arts and commerce courses started. Management course was started in the year 2000. PG courses in Kannada and History were started in the year 2010-11 and commerce course in the year 2012-13. The college is situated in a sprawling area of 21.5 acres. The total built up area of the college is 7200 square meter. The college is affiliated to Bangalore University and is a co-educational college. The college caters to mainly to rural students of surrounding villages of the Taluk.

Present status of the college